To share your memory on the wall of Merrill Tabor, sign in using one of the following options:

We encourage you to share your most beloved memories of Merrill here, so that the family and other loved ones can always see it. You can upload cherished photographs, or share your favorite stories, and can even comment on those shared by others.

Posted Nov 22, 2020 at 01:45pm
My deepest sympathy to all the family, I loved your Dad so much, in the early ‘70’s when we used to go to his house & eat, go to Tenkiller, we had so much fun just getting together. He loved life & his family so very much, he was such a joy to be around, such a wonderful Christian man. I have thought of him so many times through the years.
Judy Atchison
Comment Share
Share via:
LB

Posted Nov 22, 2020 at 11:33am
Mr. Tabor was one of the sweetest men I've ever had the pleasure of meeting. Never saw him without a smile. When I began my first garden, he sent me his secret "starter mix" for my tomatoes and boy, did we have tomatoes that year! He will be missed by all who were blessed to have met him but we can be assured he's exactly where he wants to be today. Much love and healing to Mr. Tabor's entire family. Lynda Burns
Comment Share
Share via:
JW

Posted Nov 22, 2020 at 11:31am
Mr.Tabor was in our office frequently over the years and we enjoyed visiting with him. He was such a loyal customer along with his family. Everyone who knew him will miss him greatly. He leaves a great legacy, and our prayers go out to his family.
Comment Share
Share via:
RC

Posted Nov 20, 2020 at 12:17pm
Mr. Tabor was one of the last of the greats. He was such a inspiration to me and I will miss our talks and his sharing his “secret garden soil recipe”. He will be missed by his Sunday Bible Study class with whom he loved fixing pizza in his pizza oven for. Heaven was his goal and I’m glad to say without a doubt he is there with his Jesus. Love you my friend!!
Comment Share
Share via: 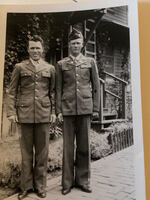 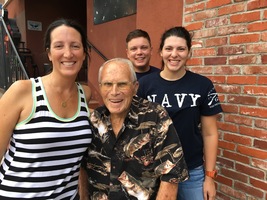